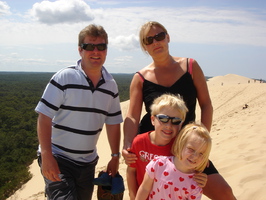 Tom was born and bred in Ston Easton being at least the fifth generation of his family to live in the village who previously farmed at Upper Lodge Farm.

Educated at Chewton Mendip Primary School and in Wells, Tom also attended the University of Reading and The Royal Agricultural College. He holds a Degree in Rural Land Management and is a Chartered Surveyor and Fellow of the Central Association of Agricultural Valuers.

Tom is married to Sally, who is also a local farmer's daughter, and they have two children, Archie and Poppy. Both have followed in their father's footsteps with Archie (13) attending Wells Cathedral School and Poppy (9) going to school in Chewton. Tom attended Chewton Mendip Primary School back in the 1970s and it is fair to say that the school today is almost unrecognisable to then when the education was still very good but the facilities consisted of the main hall and a couple of temporary classrooms.

In 2008, Tom established his own business, "Killens", which is a firm of land agents, valuers, auctioneers and estate agents and this has grown so that it now operates from offices at Ston Easton, Chew Magna and Wells. In 2012, Tom established the Mendip Auction Rooms to complement the Killens so that a comprehensive range of property valuation and selling services can be provided to customers. In 2013, Killens were placed 3rd nationally at the National Estate Agency Awards for customer service.